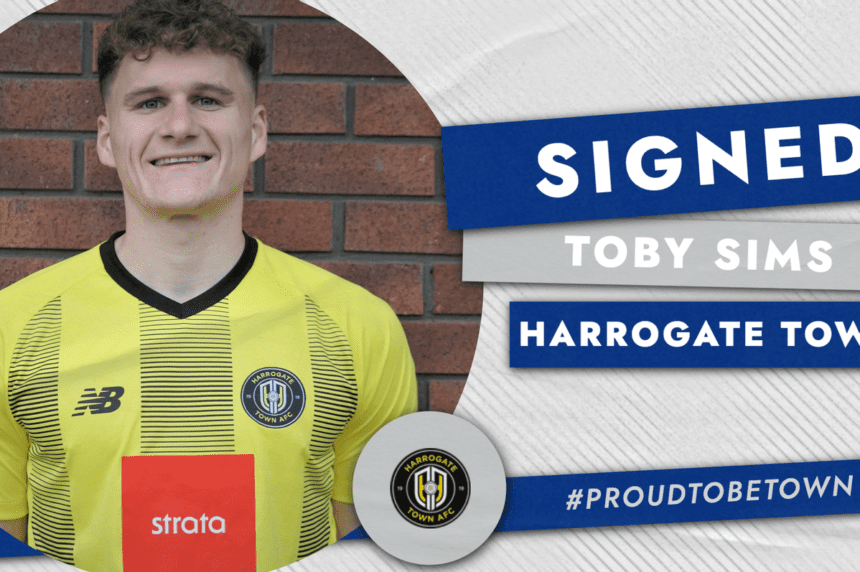 We are delighted to confirm the signing of defender Toby Sims following a successful trial period with the club.

The 25-year-old has spent most of his career in America representing several clubs including Greenville FC, South Carolina United and most recently Pittsburgh Riverhounds.

During this time the full-back has won several personal accolades including the Conference Carolinas Defensive Player of the Year award in 2021. “Being at Chowan developed me immensely as a player, but also as a person and I’ll forever be grateful for the guidance and support of the school, teammates and coaches I had around me in my time there,” said Toby Sims.

After signing his six-month contract earlier today, the English defender becomes our first signing of the January transfer window.

Speaking exclusively to the club’s website, Sims shared his delight at securing his future with the club.

“I am really pleased to be here. I have been around the place for a while and I can see that it is a great club. There is a good changing room here and they have been great with me and I am really excited to get going.

“I have seen the results recently and watched how we play. I really like the style of play we have, for me it’s about hopefully breaking in to the team and helping the team in whatever way I can.”

After securing his first signing of 2023, Simon Weaver believes Sims has something to prove as he returns to English football.

“Toby has applied himself brilliantly in training, he has been with us for the last few weeks and has shown everything that we like to see in players who come here.

“He is a competitor and likes to get stuck in and has shown he is a great professional. At 25, he has a point to prove over here after spending a lot of time abroad. He has signed until the end of the season and that gives us an opportunity to have a look at him between now and then.”