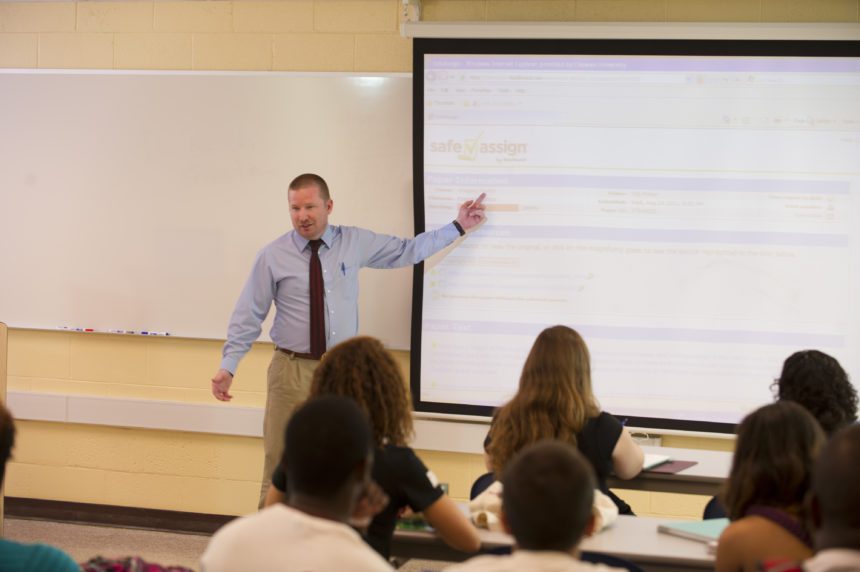 Dr. Gregory S. Taylor Distinguished Professor of History at Chowan University has received recognition by the North Carolina Literary and Historical Association (NCLHA). His most recent work, Central Prison: A History of North Carolina’s State Penitentiary was named the winner of the 2021 Ragan Old North State Award for Nonfiction. In the email announcement, John Blythe, NCHLA president, noted that this “award is presented for achievement in non-fiction and honors Sam Ragan, poet, critic, publisher, and the first secretary of the North Carolina Department of Natural and Cultural Resources,”

Recognizing the significance of this award from North Carolina’s oldest civic organization, fellow historian and University Provost Dr. Danny Moore shared, “this is the highest prize a North Carolina historian can win.” Dr. Taylor, honored by the NCHLA recognition, said, “it is a high point in my career as a historian. Earning the respect of my peers and knowing that they saw something of value in my work is both rewarding and humbling, and I cannot thank the North Carolina Literary and Historical Association enough for this honor.”

Dr. Taylor joins a distinguished list of other award winners noted by NCHLA President Blythe in his email. The list includes, “William “Sandy” Darity and Kirsten Mullen for From Here to Equality: Reparations for Black Americans in the Twenty-first Century, Jerry Gershenhorn for Louis Austin and the Carolina Times, David Cecelski for The Fire of Freedom: Abraham Galloway and the Slaves’ Civil War, and Rob Christensen for The Paradox of Tar Heel Politics and The Rise and Fall of the Branchhead Boys.”

Dr. Taylor’s book, Central Prison: A History of North Carolina’s State Penitentiary, focuses on the institution, but uses it as a lens through which to explore the state’s history and historical development. “Through prison’s prism, we can see the state’s political, cultural, economic, regional, and racial evolution from a new perspective that both broadens and deepens our knowledge. I thus hope the book proves informative about the prison and revelatory about the state,” shared Dr. Taylor.

Due to the pandemic, the NCLHA is unable to meet this November. Dr. Taylor has been invited to accept his award through a virtual celebration. His acceptance speech will be shared through social media platforms of the North Carolina Department of Natural and Cultural Resources’ Office of Archives and History.

Please join Chowan in congratulating Dr. Gregory S. Taylor as the recipient of the 2021 Ragan Old North State Award for Nonfiction award from the North Carolina Literary and Historical Association.

For more information on NCLHA please visit their website at ncdcr.gov/about/history/lit-and-hist.