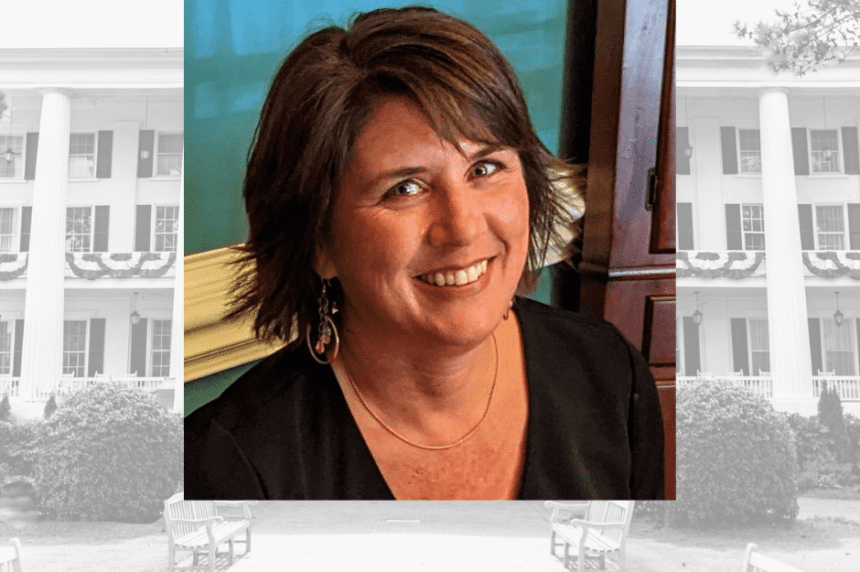 Drake graduated from Chowan in 1995 with a degree in English, holds a master’s in political science from Virginia Tech, and a certificate in Transformational Nonprofit Leadership from the University of Notre Dame – Mendoza College of Business.

After working in journalism for almost two decades, including time in the Pentagon Press Corps, Drake founded and is the principal of Filanthropie Consultancy, a boutique philanthropic consulting company. She serves as a Board of Managers Member for the Suffolk Family YMCA and as a Board Member for the Community Action Coalition of Virginia Foundation. She is a member of St. Mary of the Presentation Catholic Church in Suffolk, VA.

Drake is married to alumnus Chad ‘92, who has had an extensive military career. Active alums at Chowan, the couple established the Ann Drake Teaching Scholarship at Chowan in 2016 in memory of Chad’s mother. They reside in Suffolk, Virginia, and have six children, Lainey (22), Jack (20), Joshua (17), Justice (14), Duke (12), and Jane Claire (2). In addition to the enjoyment of raising her children, Drake enjoys history, reading non-fiction, and literature.

“I am delighted to have Jessica join the Chowan Board of Trustees,” shared President Kirk E. Peterson. “She is a passionate philanthropist, savvy businesswoman and has a deep affection for Chowan that has been evident during her tenure on our Board of Visitors and will undoubtedly carry through as a tremendous asset to the Board of Trustees.”

Please join us in congratulating Jessica on being named the newest member of the Board of Trustees!