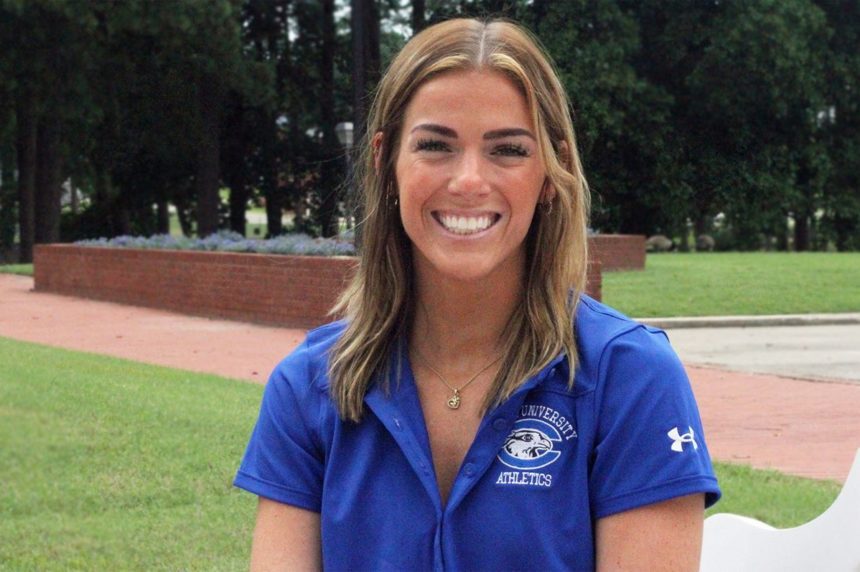 MURFREESBORO, N.C. – Chowan Athletics and Vice President of Athletics, Patrick Mashuda, announced the hiring of Madison Kruse as the Head Coach of the Acrobatics and Tumbling program.

“We are thrilled to have Madison join the Hawks Family,” stated Mashuda.  “Her career as a student-athlete at Baylor, competing for national championships along with the culture it possesses will help take the program to new heights.”

Kruse comes to Chowan after a stellar career for national powerhouse Baylor.  During her time as a student-athlete with the Bears, Kruse helped the program to a 33-1 overall record and three NCATA National Championships.  Kruse was also a member of the 2019 Tumbling Quad Pass National Championship event.

Kruse graduated from Baylor in 2021 with a bachelor’s degree in Health Kinesiology and Leisure Studies.