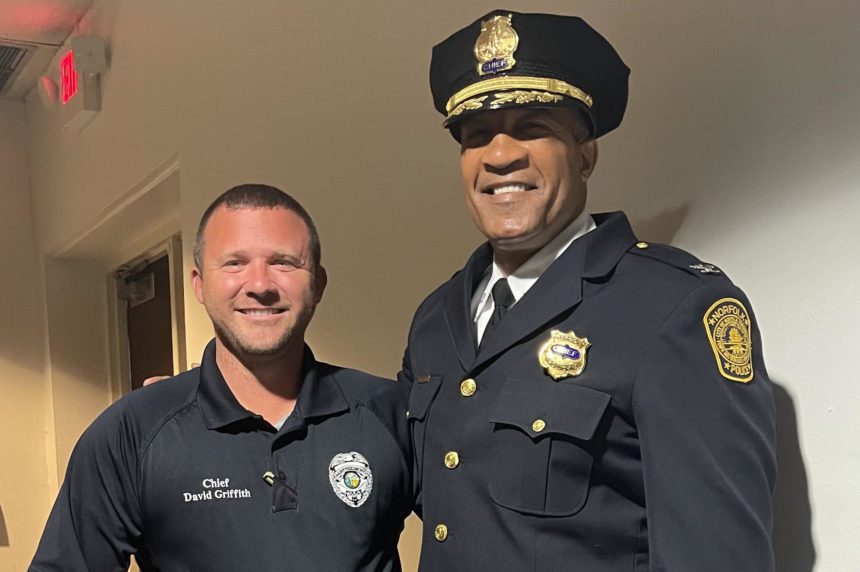 On Monday, October 11 Norfolk, Virginia Police Chief Larry Boone visited Chowan University to speak about his motivating personal story of success and his vision for the future of the criminal justice system.

Chief Boone, although a native of New Jersey, moved to Northampton County, North Carolina to live with his grandparents after numerous unfavorable encounters with law enforcement. It was in the county adjacent to the home of Chowan University where Boone’s future changed.  He attended then Chowan College and graduated with an AA in English in 1984. After Chowan, he was awarded multiple scholarships, ultimately accepting a full football scholarship to play for Georgia Southern University where they won two national titles.  Boone also earned a Master of Public Administration from Old Dominion University in Norfolk, Virginia.   In 1989 he began his career with the Norfolk Police Department and later went on to be appointed Chief in December 2016. Due to his background, Chief Boone’s focus has not only been on ensuring community safety but building community relationships.

In his visit to Chowan, Chief Boone shared his challenges in life and how he never has made excuses in life, regardless of the outcome. He shared that as he ascended up the steps of the Columns Building it took him back nearly thirty years and that “those steps will put you (the students) where you need to be.” Chief Boone stressed to always take steps toward your dreams and never position yourself around negative energy.  He said to the students “ you may not know today exactly where you want to go and you may not have the necessary support to get you where you want to go, but that’s okay” as he shared with the students that they were where they needed to be to figure it out.

Standing over six feet tall Chief Boone shared with students that he shares his story, even the embarrassing parts because the people that helped him get to where he is today deserve to hear it.    Chief Boone was driven to make a better life for himself and his family.  He worked hard, studied hard, and said his imagination began to pay off.  As Chief of Police, Boone has met the last six presidents of the United States and is one of the most respected law enforcement officials in the region.  He was the first officer in the 232-year history of Norfolk to ever occupy every rank of the department.

Dr. Pamela Woodard, Chair of the Department of Criminal Justice arranged the visit for the University students and extended an invitation to local law enforcement.  Murfreesboro Police Department was in attendance and shared on their Facebook page that “Chief Boone is an inspiration to law enforcement leaders around the country and it was an honor to meet him.”

To learn more about Chief Larry Boone, visit the City of Norfolk’s webpage, “Meet the Chief.”