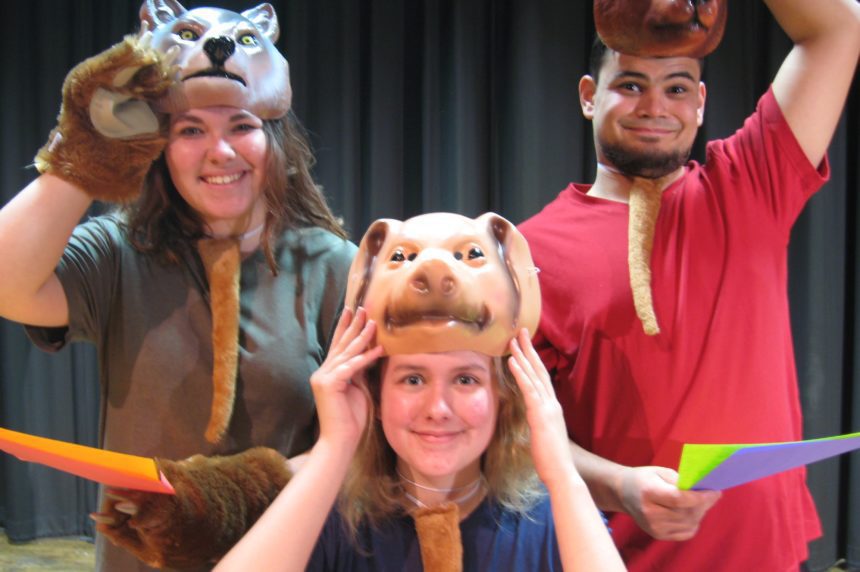 Follow the improvised adventures of a trio of actors as they stumble and bumble their way through the telling of three classic fairy tales. When a sudden mishap causes the script to be seriously scrambled, panic sets in, but the actors refuse to give up–“the show must go on!” Mayhem ensues as storylines, characters, and costumes get jumbled. In the end, it’ll take the whole audience to sort things out and set the furry tales…er…fairy tales, straight.

Performances are Friday, April 8, and Saturday, April 9 at 7 pm, and Sunday, April 10 at 2:30 pm. Performances take place in Turner Auditorium in the McDowell Columns Building on the Chowan University campus. Tickets: $3 donation. All funds raised will benefit PAWS of Hertford County–Bringing hearts together to provide animal welfare and security.

Please note: Audience members are encouraged to wear a face mask and to social distance when attending.

Furry Tails with a Twist

A play for kids by Jennifer Hickok DeFratis