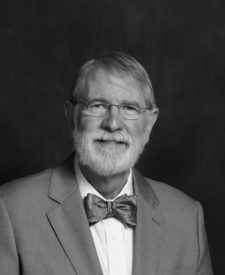 Chowan is a great place for me to teach. It is important to me to be somewhere that gives students a chance to succeed. I feel like I can really make a difference here.

“Alienation, Sex, and an Unsatisfactory Ending: Themes and Features in Stories Old and New” in Screening Scriptures, Trinity Press International, 2002.

Editor and lead articles for OPUS: A Journal for Interdisciplinary Studies, vols. 1 2.

“The Relationship of Mathematics to Other Fields of Study: An Interdisciplinary Look at Mathematics and Civilization,” with Piotr Blass, Opus, vol. 1, 1990 91

“The Ark of the Covenant and the Bible: Holy Objects and the Divine” in SBC Today

“The Use of the Apocrypha and Pseudepigrapha in the Writings of the Apostolic Fathers.”

“A Study of the Proper Noun SÃTÃN in the Old Testament.”

“When is a Revolution not a Revolution? The Curious Case of I Kings 12:1-20” (Chowan University Interdisciplinary Symposium 4/19/11)

“Some Thoughts on the Significance of the Land of Israel: The Influence of Location on Ideology” (Chowan University Interdisciplinary Symposium 4/19/10)

“Athletic Imagery in Paul and the Pauline Tradition: A Possible Tie to the Pan-Hellenic Games” (Chowan University Interdisciplinary Symposium 4/20/09)

“The Role of Women in the Ancient Near East”

“The Hebrew/Jewish Background Relevant to the Teachings of Paul”

“Malachi and the Concept of Covenantal Love”

“Creation Accounts in the Old Testament”

“Psalm 22 and the Cross: Individual Laments and Subsequent Use”

“Where Does Evil Come From?”

“Greek and Hebrew Music: the Background to Modern Western Music”

“Secular and Sacred Music in the Early Middle Ages”

“Prophets and Prophecy in Ancient Israel”

“Why is There Anti-Semitism?”

“Albert Einstein and his Theory of World Government: Some Underpinnings from his Jewish Background”

“Some Word Pictures in the Book of Amos”

“’What Do You Call a Boomerang That Won’t Come Back?’ ‘To Get To the Other Side.’ The Reinvestment of the Book of Ruth and the Subsequent Effect on an Etymological Etiology” (Theta Alpha Sigma, 1997)

“Walls and Bridges” (Keynote address for the Fellowship of Christians and Jews, November 19, 1999)