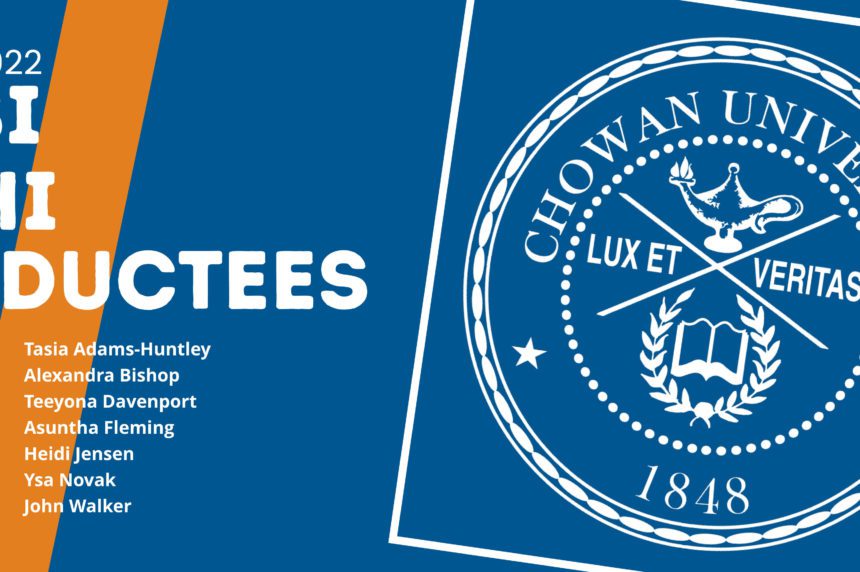 To be considered for membership, the student must:

Leading the ceremony was Associate Professor of Psychology, Dr. Shirley Alt. In her remarks, Dr. Alt congratulated the seven students on their efforts within the psychology department and wider Chowan community, reminding them of their responsibilities as leaders of psychology on campus and as they embark on professional careers.

The inducted students are listed below:

Student President for the Chowan University Psi Chi International honor society, Nohemi Montalvo, was joined by Provost Moore and Dr. Alt in the pinning section of the ceremony, where students were also provided a certificate of recognition. Assistant Professor of Psychology, Dr. Mary Mitchell delivered the benediction to close the ceremony.

Chowan University would like to congratulate the students on their induction, and commitment to their studies within the psychology field.