A three-story,  Georgian Colonial style stuccoed brick building with a low hip roof and octagonal belvedere.  The building was built in its entirety for just under $16,000.

Your gift to the McDowell Columns Preservation Fund provides critical support in maintaining one of the most significant pre-Civil War buildings serving Christian higher education in the mid atlantic region of the United States.  The most significant exterior renovation was completed in 2009 with well over $1 million dollars given to preserve the exterior of the building.  The Campaign For Columns saved the building and provided major structural improvements necessary for continued occupancy of the building.

Today, our efforts continue as we pledge again to maintain the heart and soul of our University – McDowell Columns Hall. Providing resources for routine maintenance and a permanent growing endowment will ensure preservation for generations to come.  Interior and exterior maintenance issues remain.  Join us today in supporting this significant historic icon. 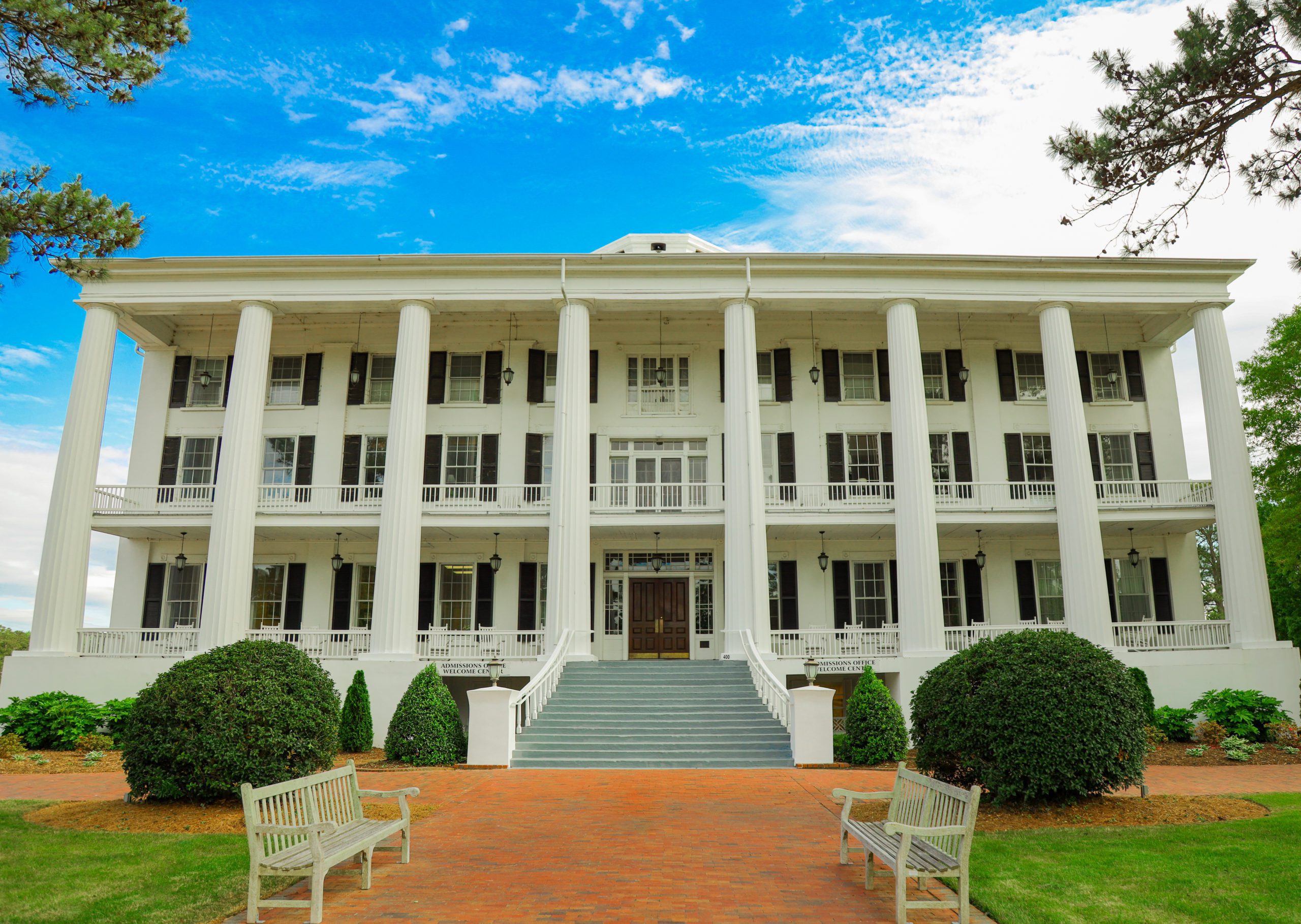 The founding of the historic McDowell Columns Building can be traced to the laying of its cornerstone on July 4, 1851, and stories about the survival of the building during the Civil War include one where the then president’s wife stood on its porch thwarting an invading Union army ready to acquire it as a hospital for troops.

The building has survived two wars-the Civil War and World War II (doors were closed), as well as numerous hurricanes. Standing for almost 170 years, it is on the National Registry of Historic Places.

Today the McDowell Columns Hall serves as the primary administration building on the Chowan University Campus. The following offices can be found there: president, provost, business office, admissions, financial aid, and academic success.

The Campus Bookstore is also a part of the infrastructure. Turner Auditorium, which seats 650 is part of the complex and is the favored site of concerts and lectures.

What began as a casual conversation locally in Murfreesboro at a gathering of community members resulted in the creation of the McDowell Columns Preservation Fund.  Bynum R. Brown, Trustee Emeritus, brought forth the idea of an iconic lapel pin depicting the historic Columns Hall and asked that attention be given to creating a pin.  Bynum knew this kind of pin had never been produced.   Fellow long-standing Trustee, Hugh C. Vincent, immediately chimed in and said I will underwrite the cost of the pin.

The University endeavors to raise $500,000 in support of preserving McDowell Columns Hall.  Alumni and friends are encouraged to support the fund with a minimum gift of $1,000. The University applies 50% of every gift to the McDowell Columns Preservation Fund and 50% of every gift is applied to the McDowell Columns Preservation Endowment Fund.  Gifts have a two-fold benefit supporting the fund for ongoing maintenance and building an endowment that will provide earnings dedicated to preserving the building.  Together we will generate $250,000 in gift support in establishing the endowment and $250,000 in support of preservation today.

Donors to the fund are presented with a beautiful lapel pin depicting the stately McDowell Columns Hall.

Be a part of history, make your gift today!